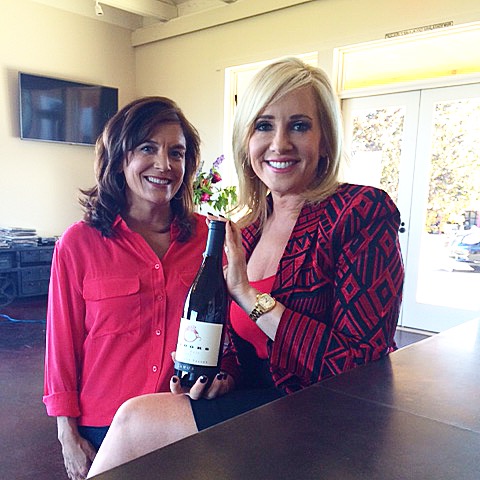 I received an email from a researcher at Tower Productions based in Chicago.  She let me know that they had been hired by Fox Business News to produce a documentary series about interesting, unusual or unique inheritances.  She had come across our story and was hoping it could be part of the show. The next step was an hour long phone interview with her. One of my favorite moments in that interview was when she referred to Bozena, Pascal’s Mom, as a hero.  A hero because Bozena had let her son travel across the country year after year giving up months of time with him so that he could be with me, my family and Jimi’s friends in Oregon.  Bozena is a wonderful person and mom and it was great to hear her called a hero.

Diligent in their sourcing, the next steps were to pitch the story to the “higher ups” at Towers as well as the Fox Team.  About 2 weeks after our interview, I recived a good news email saying we were approved for the show!  Next move was for me to be handed off to the production team in mid August and to set filming dates.  The new winery was under constrution and the timing was just such that they agreed to film once the new winery was complete.  We were set for the week of September 8th. 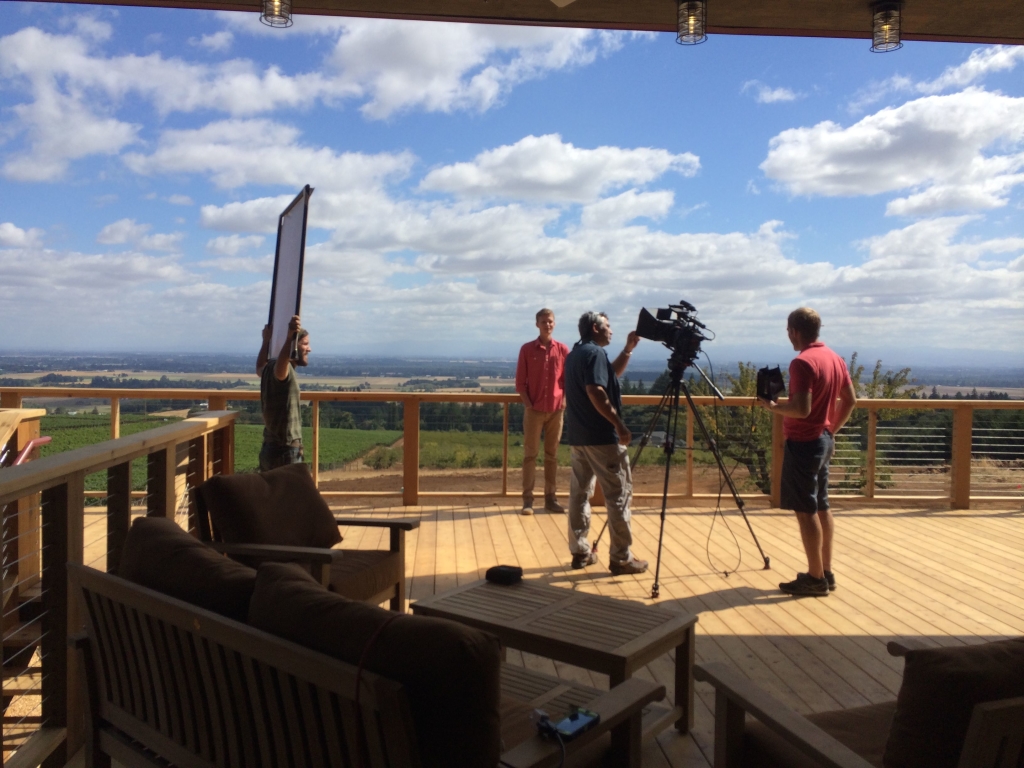 In the month prior, I had a long phone conversation with Tracy Ullman, our episode’s lead producer.  Tracy is based in Chicago. She had an immediate bond without having met us as her husband passed away four years prior from the same condition that caused us to lose Jimi.  The connection she felt was real and we agreed it would be great for her to attend the opening party of the winery on September 6th.  She came out, we were fast friends and it was a bonding experience for her and Bozena as well, as they had both lost their spouses from the same condition.

On the eve of September 7th, the crew arrived–Dan, Oral, Elise and Martin to unload their equipment and scout the property.  The sheer amount of equipment alone was intimidating!

Filming began the next morning and by midday, Jamie Colby had arrived.  Facsinating to watch for days how a professional host for a show such as Jamie carries out their day. First meeting, dressed beautifully with rollers in her hair.  She had a full time stylist with her (I was so jealous not to have someone primping me!) and as you can see from all shots in all shows of Jamie, dressed and finished with perfection in every detail.   The combination of the team’s solid execution for days, the attention to detail, the scheduling, the lighting, thoughtfulness of shoot location,  the equipment and everyone’s professionalism, it was more than clear that we were going to be part of something special. Four days of filming and the crew became like family as we finished every day together with a post work beer or glass of wine.  It was sad to see them go but such a blessing to have met them all! 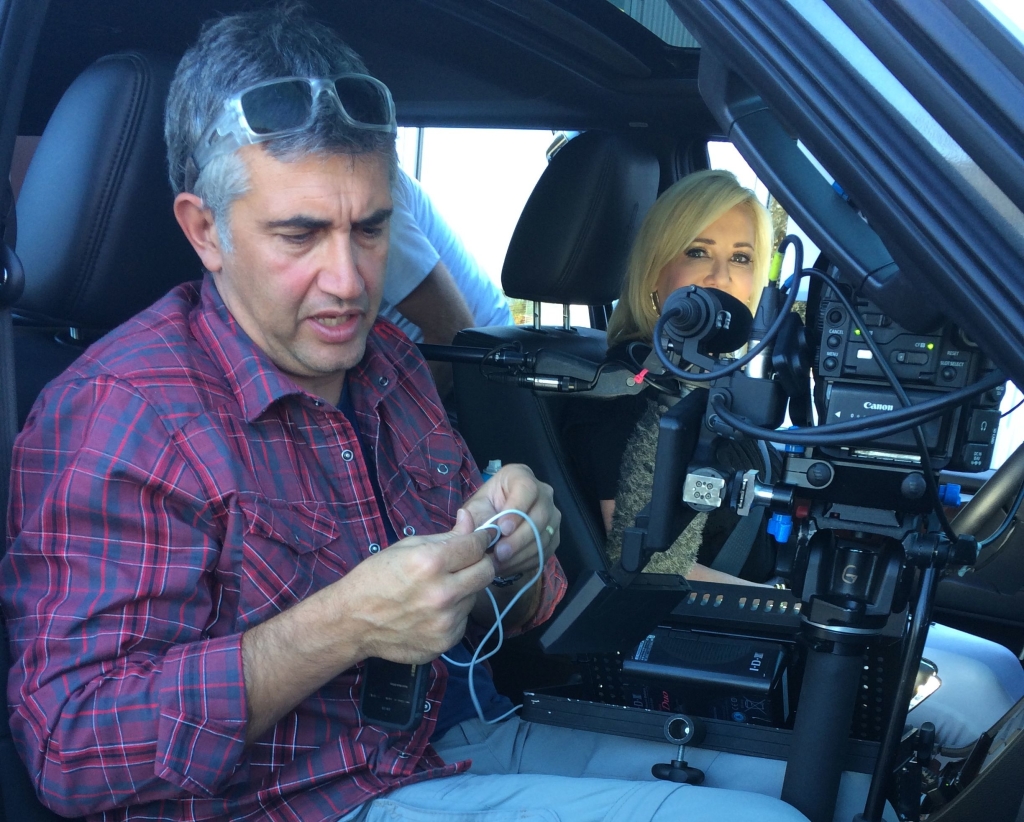 In October, I had a phone meeting to “fact check” the story and found out that I wouldn’t see the episode until it was on the air. YIKES!  In the middle of January, I found out it would air on February 3rd.  Where was I going to be??  Selling wine in Ohio!  Our distributor was awesome and found a great bar that would be willing to let us watch the show.  I was so nervous!  How would the story be told?  Would it be accurate?  How would everything look? Not sure what was in everyone else’s interviews….pins and needles. As 9pm approached in Ohio, I couldn’t eat–too many butterflies. And so it began.  Really happy as it began.  Winery, scenery, and everyone looked great and the story was well told.  I was definitely stunned when they showed the reenactments of Jimi and I.   It took me a while to recover.  I wasn’t aware this would be done but after watching the rest of the episodes, eventually, I understood the need. The entire show was accurate and so well done.  I am so very proud.  And then the texts and emails began! 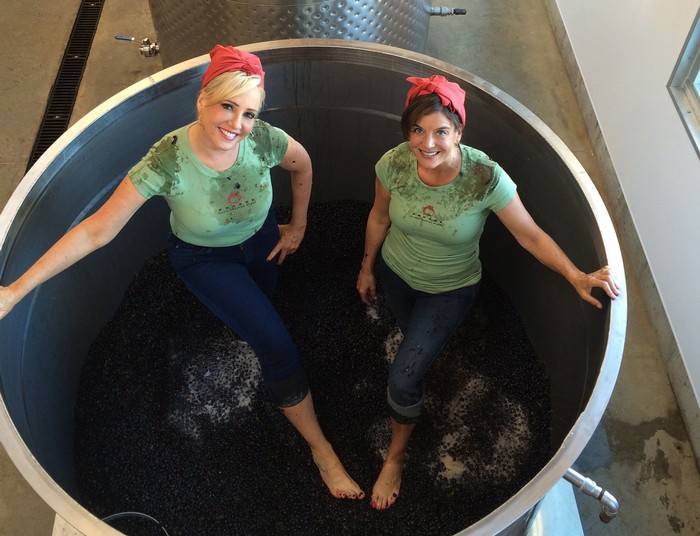 At the time, I did not understand that it would be aired more than once.  As I write this on March 28th, it has been on either Fox Business News or Fox News around seven times with another showing tonight.  We have had over 800 people reach out and ask us where throughout the country they can find our wine.  We have had so many on line orders, new newsletter subscriptions, wine club members and visitors in the tasting room.  Truly amazing!

My brother was an incredible person and I am glad that his story is being told.  I am blessed to have Pascal as such a big part of my family.  Our winemaker, Chris Williams, and our whole team at Brooks are extremely talented.  I will forever be grateful to the teams at Tower Productions and Fox for beautifully and accurately telling our story.